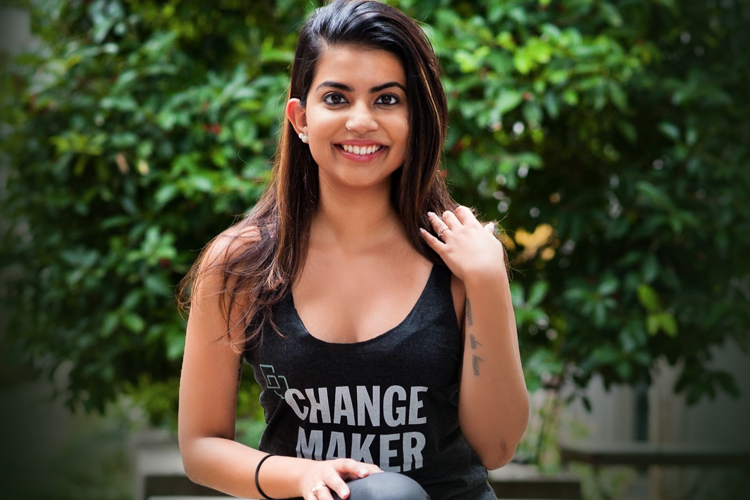 By: Nikishka Iyengar, Founder and CEO, The Guild

Growing up in Mumbai, India’s financial hub, it was hard to escape the pervasive Slumdog Millionaire-esque wealth disparities. Coupled with other issues like gender-based violence, Mumbai served as my primer for recognizing that socioeconomic issues like poverty are a systems issue involving multiple, interdependent systems, and can’t be solved by one or two interventions alone. It also lit a fire in me to use a justice-based lens to dismantle the intersecting systems of oppression that create outcomes where a small percentage of people at the top thrive at the expense — and severe detriment — of the majority at the bottom. That fire stayed with me as I moved across continents in 2007 to pursue a dual degree in Finance and Economics at The University of Texas at Austin. It was an interesting time to be studying those topics. Amid the global financial meltdown, I found myself having more questions than answers about our current economic system of capitalism. I decided to shift my energy to grassroots international development and student organizing instead. As part of an interdisciplinary research study on Microfinance and Sustainable Development in Developing Countries, I spent several summers and winters in South Asia researching grassroots development — including an internship with the Nobel Laureate Grameen Bank in Bangladesh. When back on campus during the fall and spring semesters, I spent time organizing with student-led movements around anti-poverty and climate action campaigns.

At the time, microfinance (specifically microcredit) was being touted as a panacea of sorts to ending extreme poverty. It involved giving small, uncollateralized micro-loans to the poorest of women so they could start businesses and help pull their families out of poverty. Women were the primary targets of these loans for two key reasons: the data showed that women spent a higher percentage of their earnings on the well-being of their families than men did, and empowering women economically meant empowering them socially as well — which was of particular significance for communities with rampant gender-based violence. In theory, this seemed to work well for a few years. Women that were previously left out of the formal economy entirely were able to start micro-businesses and contribute financially to sustaining their households.

However, as microfinance started to scale, questions around its true impact surfaced, and the industry experienced a bubble and crash of its own. One of the main critiques of microfinance was its high interest rate, which often climbed over 35 percent and as high as 80 percent in some markets. Theoretically, the risk/return trade off that institutional finance hinges on justified such high interest rates. The borrowers were the poorest of the poor—often unbanked, without any formal identification, and without collateral to back the loan—thereby making them the most risky investment. But it is important to question who bears the true risk in interventions like this — the lender with wealth or the borrower that is already struggling below the poverty line — and whether there is another trade off at play between scale at “market rate” and real impact. The dark side of microfinance that I bore witness to as part of my research was that borrowers who defaulted on their payments were often left worse off than they were before accepting the loan. The lessons from microfinance, and what I learned subsequently in my career after graduating college, have given me a renewed focus in how I approach my work in this industry of Sustainable Business and Impact Investing.

When it was time to think about life after college, I had the choice to either go back home to India and work on grassroots economic development, or stay and find a job in the U.S. I chose the latter with the understanding that so much of what I identified as the root causes of global problems (i.e., capitalism) had its basis and stronghold in the U.S. So after graduating, I went to work at a management consulting firm — one of the few companies that hired international students who required work visas — where I worked my way to our newly minted social impact and sustainability consulting practice. There, I worked with Fortune 500 clients on their sustainability strategies, helping them transition to renewable energy, implement community impact initiatives, and reduce carbon emissions. Much like my experience with microfinance, what soon became apparent and frustrating — millennials are nothing if not impatient, right? — was that all of our work in corporate responsibility was only having an incremental impact at best. But the severity of the problem demanded exponential and transformative change. As businesses continue their pursuit of relentless growth, wealth continues to accumulate at the top while climate change continues to accelerate at a truly apocalyptic pace. And, increasingly, more middle and low-income communities are stripped of their autonomy and power.

What impact is Sustainable Business and Impact Investing having on a net basis? As impact investing moves from niche to mainstream, it is critical we ask these questions. The majority of impact investing funds today seek a market rate-return, and while the last few decades have proven that investing for impact can indeed be profitable, we need to question to what extent they need to be profitable. As microfinance has shown us, market returns can help achieve scale, but not necessarily impact. Consider the history (and present) of this country’s economy — built by enslaved labor on stolen land and furthered by free-market capitalism that keeps Black and Brown labor in global supply chains oppressed while continuing to extract natural resources at unsustainable rates. What does a market-rate return perpetuate in a market that is based on these fundamentals?

Bringing this line of questioning home, I examine my personal finances by asking myself three overarching questions: How am I making money? How am I investing it? And how am I spending it? As I’ve transitioned from working a job to becoming a full-time social entrepreneur, I routinely ask myself if I’m making money in a way that allows me to have the impact I want, or if I’m unintentionally reinforcing oppressive systems. From an investment perspective, at a minimum, I recommend examining your banking relationship. I opened an account with a credit union last year and am working on fully transitioning out of my current account with a large bank. We millennials love our convenience, and while credit unions don’t always offer the same online banking experience as the bigger banks, they also don’t do the same kind of harm. Most multinational banks fund (with our deposits) private prisons and pipelines that destroy indigenous lands, while community banks and credit unions are more likely to fund small businesses in our communities. If you have an IRA/401K along with a regular savings account, you can also look into platforms like Swell Investing and OpenInvest or work with a fund manager to screen for and divest from investments in the weapons industry, fossil fuels, etc. I also invest a portion of my savings with RSF Social Finance through a social investment fund note. The returns are small and fixed — but at 1.25% they’re greater than what you’d make if the money was in a savings account, and it’s comparable from a liquidity standpoint, and you get the opportunity to directly invest in social enterprises that are making an impact on issues you care about. If you’re a millennial with sizable wealth, you can even go a step further: Millennial-led organizations like the left-leaning Resource Generation are committed to investing in the equitable distribution of wealth and power. And finally, am I spending money on ethical consumption or am I contributing to our impending ecological crisis? Do I have a giving strategy that is proportionate to the amount of money I save?

I still have a long way to go, but asking myself these questions along the way helps me recenter and refocus my priorities. The most important work of our time, is building a new economy that is based on entirely different fundamentals than our current extractive economy, and it’s heartening to know and work with so many of my fellow millennials who are leading the charge.

Nikishka Iyengar, a systems entrepreneur working at the intersection of finance, climate action and racial justice. She is the founder and CEO of The Guild, an organization focused on building community wealth through equitable and entrepreneurship. She is also the owner of Whole Systems Collective, an impact consulting collective working towards a just and regenerative economy through two key initiatives – the transformation of our financial systems, and climate action through carbon drawdown and responsible stewardship of our natural resources. Previously, as a sustainability consultant at a top management consulting firm, she helped her clients unlock ~$1B worth of value from renewable energy, water stewardship, and emissions reduction opportunities. Then, as a product manager at a waste tech startup, Nikishka built software (including artificial intelligence products) to allow companies to uncover waste diversion opportunities within their supply chain and operations.

Nikishka was recognized by GreenBiz as a “30 under 30” emerging leader in sustainability. She has a BBA in Finance, a BA in Economics and an Interdisciplinary Certificate in International Development from The University of Texas at Austin.

Mark Crosswell of GoATL Fund
Scroll to top
Thanks for subscribing!